Every tiara tells a story.

The story of a woman, a marriage, a family...and sometimes, an entire nation.

The history books are never going to tell you about most royal women or their tiaras. That’s why I’m here, to tell you about these amazing women with dreams, struggles, and passions we can still relate to today. I want you to meet Grand Duchess Hilda of Baden, Princess Mafalda of Savoy, Grand Duchess Elena Vladimirovna, Queen Sophie of the Netherlands, and many more. I’ve fallen in love with their strength, passion, humor, patience, and even their bitchiness (Sophie, here’s looking at you). These stories will make you laugh, make you cry, and give you the courage to face the hardest days of your life.

If you love the sweeping drama of The Crown and the tipsy tales of Drunk History, you’re in the right place. I’m not a professional historian…just a writer who loves royalty, glitter, and whiskey. Join me as I dive headfirst into my obsession with royal women and their tiaras. We’ll do it all with a little snark, as much accuracy as possible, and a heart’s worth of compassion for these women.

The sparkle is real. 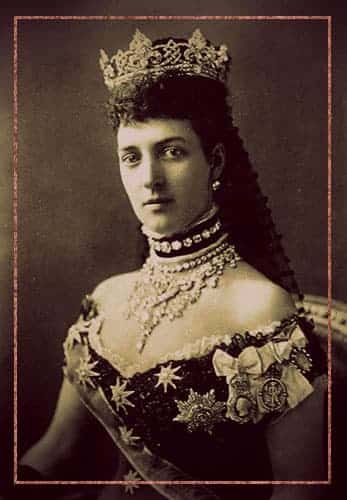 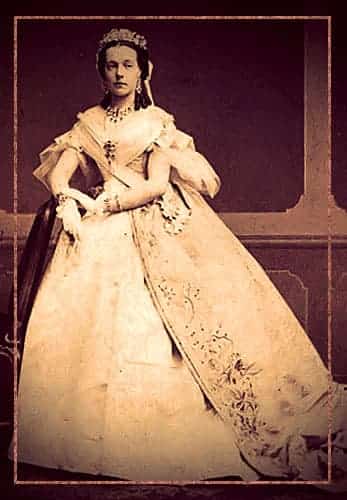 Archduchess Marie Henriette of Austria had an idyllic childhood in Hungary, where she rode horses and composed an opera named Wanda, all before the age of 17. Then she was married against her will to the future Leopold II of Belgium. The marriage was a disaster and she ended up leaving court a lonely, miserable woman. Not every princess gets a fairy-tale ending. 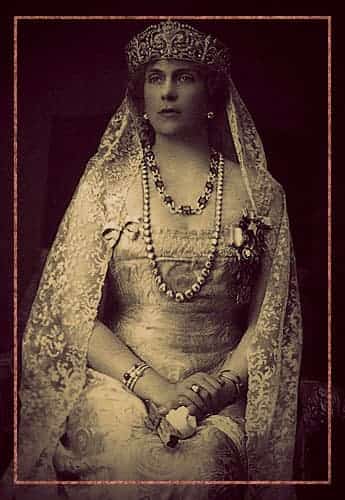 Queen Victoria Eugenia of Spain loved horses and hated seeing them gored during bullfights. She couldn’t refuse to attend her country’s favorite spectator sport, so she took her brother’s advice and had binocular-like glasses made that blocked the bloody spectacle from view. The crowd wasn’t offended because they thought she was getting a closer look at the carnage. Problem solved. 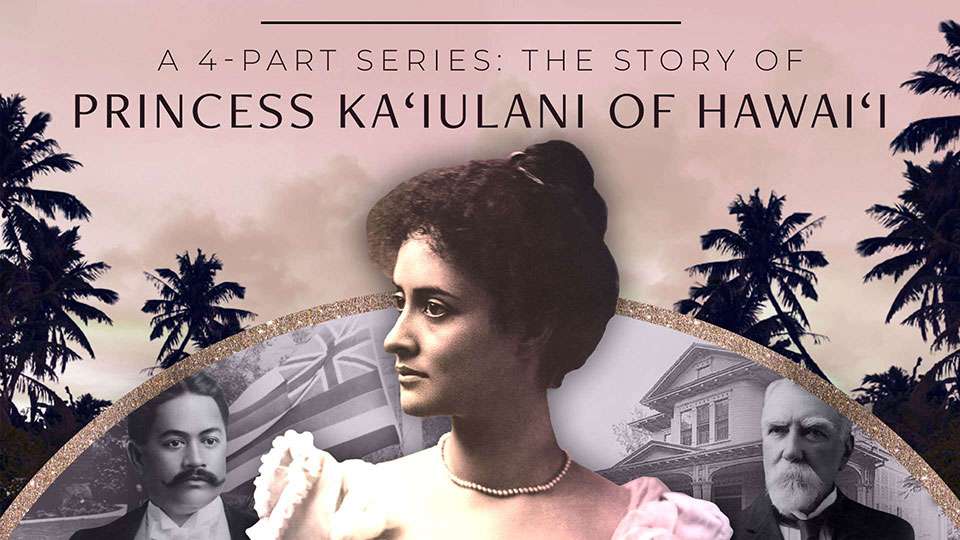 Princess Ka‘iulani of Hawai‘i’s story is one of hope and betrayal, of deception and revolution, of surfing and painting and dancing, and of incredible tenacity and bravery. If this story doesn’t make you feel something, you might need to check your pulse. 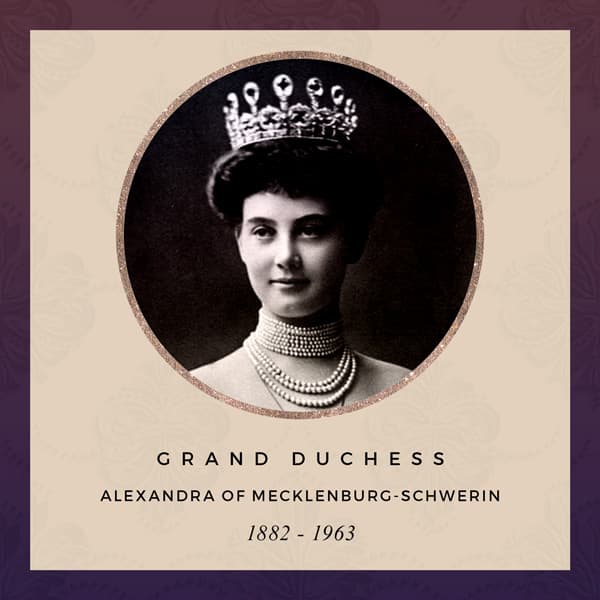 This was supposed to be a simple story about a tiara – a pretty hat made of diamonds. I didn’t expect it to take me to the darkest places of the 20th century. From war and betrayal to the Third Reich, Soviet prisons, and nuclear war, this story has it all – including a happy ending. 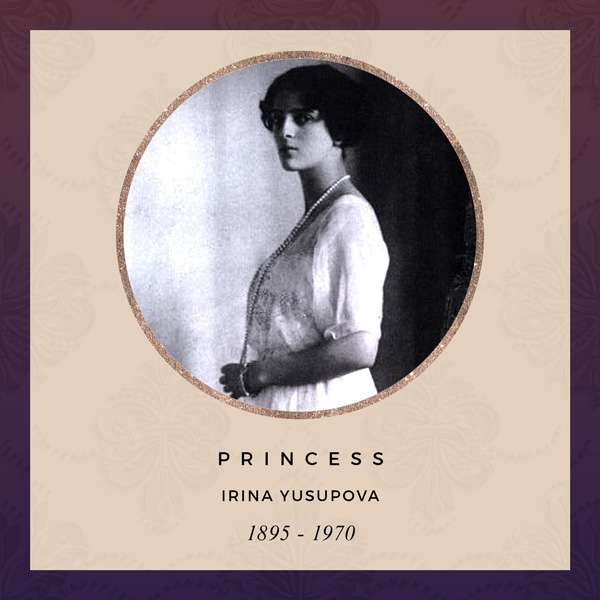 What does it cost to blur the line between truth and fiction? A lot, as MGM found out. This is the story of a movie and a libel lawsuit - maybe the only one ever won with a murder confession. Find out what Princess Irina Yusupova did that had her lawyer calling her "an advocate’s dream." 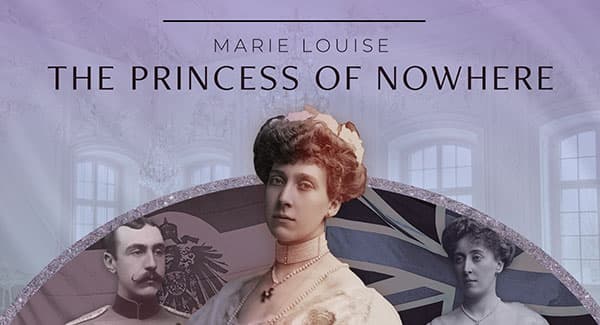 Her disastrous marriage ended in a scandal that erupted on two continents and forced Queen Victoria to lay the smackdown on her father-in-law. Her second act? Becoming a role model...and possibly the only person drunk at Elizabeth II’s coronation. 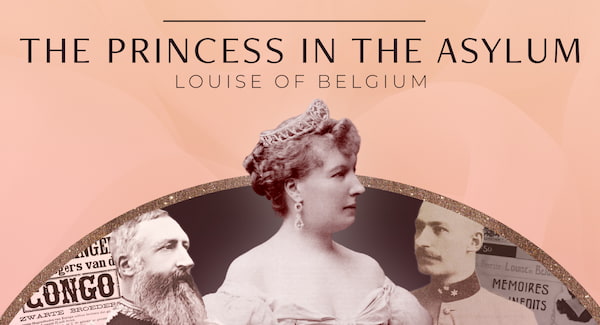 Louise’s adventures as she searched for love and happiness made her world-famous...or maybe I should say “infamous.” Whether you think she was her own worst enemy or the victim of a misogynist culture, you’re absolutely right. 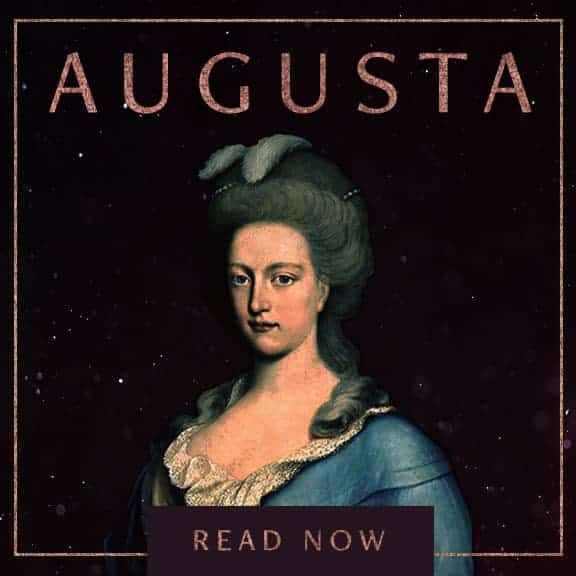 A teenager at the mercy of a brutal husband, she was alone and unprotected in the most decadent, sensual court in the world: that of Catherine the Great. But then something strange happened: Catherine took Augusta under her wing...and that’s when the real tragedy struck. Augusta didn’t make it out alive, and no one - not even Catherine the Great - could unravel the mystery of what had happened to her. Let’s see what we can uncover, shall we? 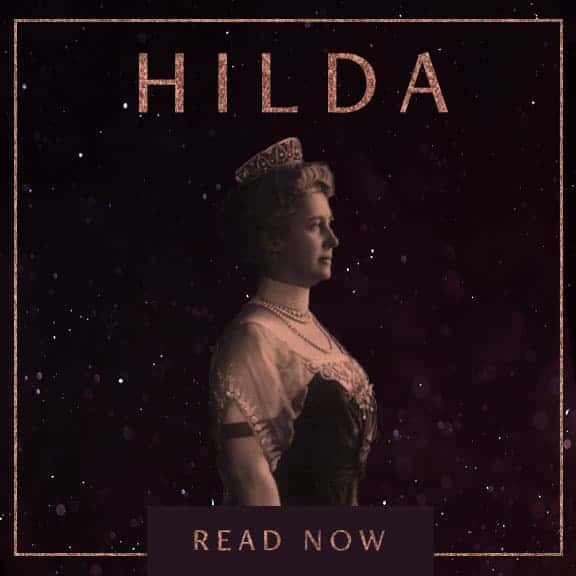 A shy princess without a country - that’s what Hilda of Nassau was, thanks to her father’s courageous but ill-advised stand against Prussia in the war of 1866. Hilda repaired wounds on both sides when she married the kaiser’s nephew, Fritz of Baden. Her future should have been golden, but a spotlight-stealing mother-in-law, infertility, and two world wars turned her life from one of ease to a study in grace under pressure. 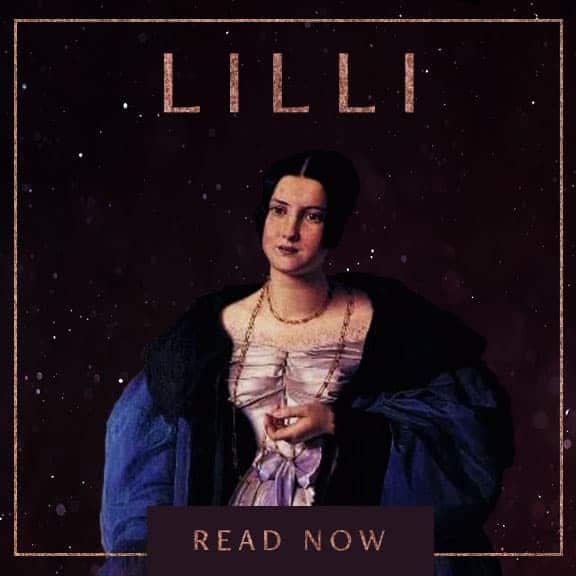 Lilli was the tsar’s niece, a gentle girl who had the world at her feet. Her proud, ambitious mother schemed for years to set up a marriage with the Duke of Nassau, thwarting Lilli’s cousin Grand Duchess Olga in the process. But unlike most arranged royal marriages, this was a love story. Lilli and Adolph were all set to have a fairy-tale ending...but no amount of money or true love can change destiny, and their happy ending just wasn’t in the cards.

Get Your Sparkle On

I made it just for you! Get a free PDF with the stories of four amazing tiaras: Princess Irina Alexandrovna’s Wedding Tiara, the Spanish Mellerio Shell Tiara, Queen Margherita of Italy’s Musy Tiara, and Grand Duchess Marie-Adélaïde of Luxembourg’s Tiara. And thanks to some amazing readers, this will soon also be available as an audiobook! 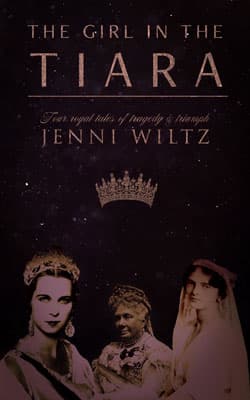 Yes, I Need This in My Life

Who is responsible for this madness? 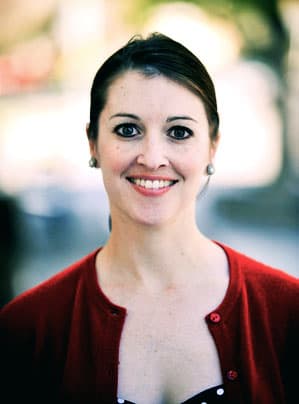 You may be thinking: “Really? Tiaras? The world is going to hell in a handbasket, and you want to spend your time writing about dead rich white people and a few hunks of carbon?”

The world today is a scary place. I am plumb fucking terrified about what we’re doing to ourselves and each other and our planet. If I let all that doubt and fear into my head, I mean really let it in, I’d go crazy. These women and their stories are my refuge.

I am not one of those people who have their shit together. I’m kind of a klutz. I am so socially awkward that my DNA should be weaponized and used to keep terrorist cells from ever communicating with each other again. I barely make a living at the only thing I’ve ever been good at. That’s why these women are so amazing to me. 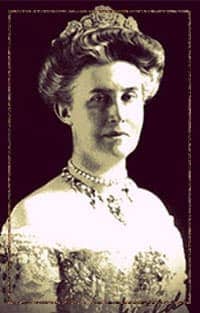 She survived two world wars, a revolution, an Allied bombing raid, AND a mother-in-law with a tendency to bogart the spotlight. She never got the only thing she ever wanted—a family, with children of her own. Through it all, she never complained. I complain all the freaking time. Clearly, I need some of what she’s got.

What kept her going when the world she knew collapsed around her? And who the hell stole her tiara? It wasn’t me, in case you were wondering.

Her niece, Crown Princess Antonia of Bavaria, wasn’t so lucky. 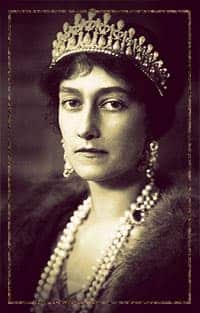 Antonia had to wait years to marry Crown Prince Rupprecht of Bavaria because of what the German army had done to her country, Luxembourg, during World War I. She persevered and they lived happily ever after, right? Nope. She barely survived a Nazi prison hospital during World War II. The experience broke her, physically and mentally. Turns out that even a tiara can’t save you when Hitler has your number. Well, maybe it could if it was a fringe tiara and you turned it sideways and threw it really hard, like a ninja star. Where’s Mythbusters when you need them?

In all seriousness, I’ve learned more about patience, grace, and grit from these royal women than from any novel or self-help book I’ve ever read. We need more stories about real women who dealt with world wars, regime change, and technological innovation with aplomb. 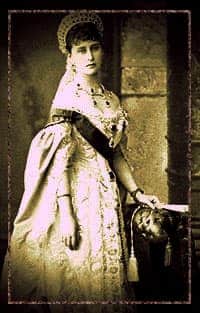 Plus, in a very selfish form of schadenfreude, remember this: no matter how bad your day was, most of these women went through something much worse. I worry about paying bills and whether I’ll ever be able to retire. I did not get shot in the arm while fleeing revolutionaries, like Princess Irene of Prussia. My family did not get sent to a concentration camp, like Princess Antonia’s. My husband doesn’t beat the crap out of me, like poor Princess Augusta of Brunswick. And no one threw me down a mineshaft like they did to poor Ella, Grand Duchess Elizaveta Feodorovna.

It’s good to keep perspective. It’s good to learn how to survive. History helps me do that. Maybe it can help you, too. 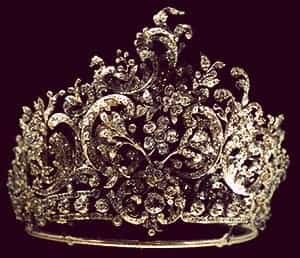 Photo by Anagoria , used with CC By 3.0 license from Wikimedia Commons.

If you like what you see, I do have a mailing list you can sign up for. I’m allergic to bullshit marketing tactics and I’m not selling anything yet, so I’ll just send you a twice-monthly email with a bunch of the most interesting stuff I’ve learned, including Grand Duchess Louise of Baden’s meatloaf recipe. It includes bacon, if that helps.

Why, Yes, I Am On Social Media

I also have a Patreon, if you’re interested in supporting the work I do. What’s in it for you?