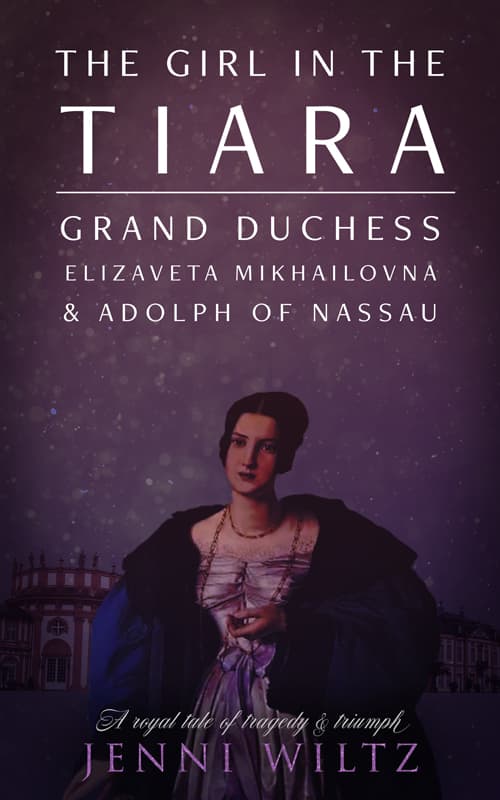 A woman searching for happiness

Lilli was one of six royal daughters at the court of Nicholas I. The tsar’s three girls had a clear advantage on the marriage market, but Lilli’s mother used every ounce of influence to keep her daughters in the running. These six girls’ lives intertwined as they struggled to find their place on the world stage, with courtiers and the press watching their every move. This is a story of love, sacrifice, rejection, and heartbreak. Through it all, Lilli is our anchor, a sheltered girl who learns to take her first steps as an independent woman. Her story will take us from the triumph of true love to the depths of unimaginable tragedy.

“Every year, Elena and her daughters criss-crossed Europe, glamping their way from court to court. Along the way, she dangled her daughters like participles in front of eligible titled bachelors. If this sounds harsh, like Toddlers and Tiaras but with real tiaras, it was - to a point. Elena was ambitious for her girls, but she was also haunted by the past. She was determined not to see them driven to the brink of suicide by a miserable marriage, like she had been. The Russian chancellor and pie aficionado, Nesselrode, was her partner in crime, arranging ‘accidental’ meetings for the girls with eligible royal bachelors.”

there’s nothing special about Lilli. She didn’t write a memoir, like her cousin Olga. She didn’t say goodbye to Alexander II moments before his assassination, like her sister Ekaterina. But she left a huge impression on her suitor, Duke Adolph of Nassau. So much so that he waited years for her to grow up, until he could get her parents to agree to a wedding. 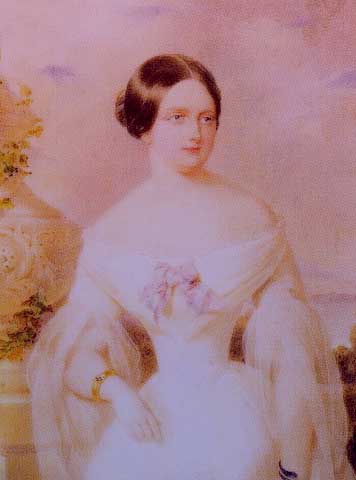 That’s when I realized

theirs was a story worth telling. But once I started digging, I realized Lilli’s story wasn’t complete without the story of her cousins, Adini and Olga. To get it right, you had to know why Lilli felt her destiny and Adini’s were linked. You had to know why it was so hard for Olga to find a suitable husband...and what happened when her parents thought Adolph might fit the bill.

We don’t know much about Lilli’s inner thoughts, her hopes, her needs, her dreams. She didn’t leave a memoir, diaries, or published volumes of her letters - at least none that are available outside Russian archives. That’s what makes telling this story so hard.

So why tell it at all?

Because it’s part of the larger tapestry of stories I’m working on. Because Lilli was so important to Adolph of Nassau (the father of my research subject, Grand Duchess Hilda of Baden). Because Lilli was the great-granddaughter of Augusta of Brunswick, another of my research subjects. She’s the middle point in a continuum of stories that takes us from Catherine the Great to 1918 and the German and Russian Revolutions.

So, yes, this is definitely the messiest of the big stories I’m working on. Six girls and their parents, plus their suitors, fiances, and husbands. Phew! As tangled and tangent-filled as this story may be, it’s also about dreams, hope, love, drama, heartbreak, tears, and tragedy. In other words, it’s just like my life or yours. I can’t think of a better reason to share it with the world. 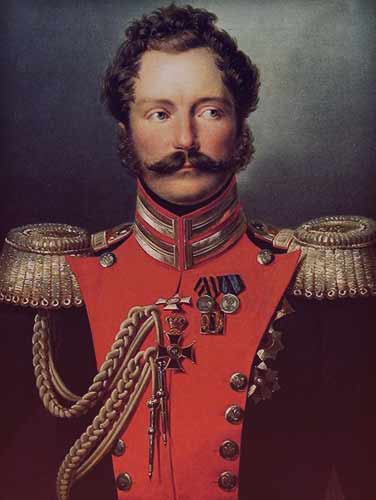 Lilli’s father. He was the fiercest supporter of his brother, Tsar Nicholas I, but he could be cruel to those who didn’t understand him or share his interests. This included his wife. A distant father, he was more concerned with military discipline than with his daughters’ future husbands. He left that up to his wife, and boy did she run with it. 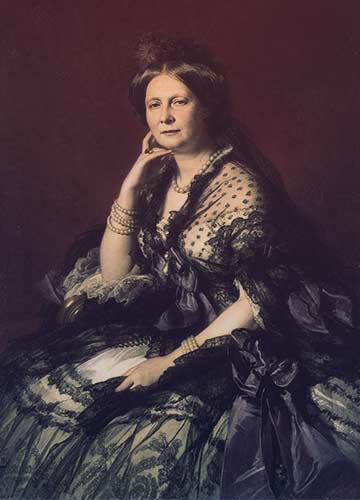 Lilli’s mother. After being driven to the brink of suicide by her failed marriage, Elena swore her daughters would have a better life. It became her mission in life to see them safely settled with good men, preferably with thrones and a ready supply of cash. Smart as a whip, she used every trick in the book to make it happen. 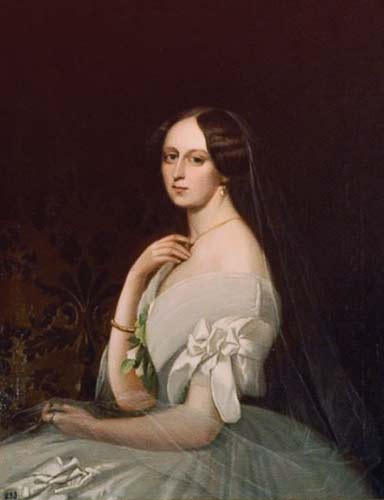 Lilli’s sister. The oldest of Mikhail and Elena’s three girls, it should have been her right to marry first. But when you have six grand duchesses all close in age and all competing for husbands, things don’t always go according to plan. 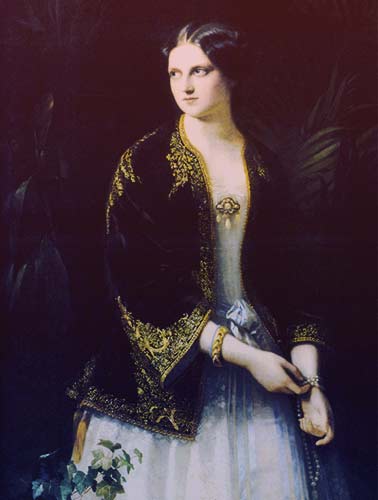 Lilli’s sister. The youngest of the family, Ekaterina was in no hurry to marry and leave Russia. She saw the strain that competing for husbands put on her mother’s relationship with her sister-in-law, the tsarina.

Lilli’s uncle. An absolute monarch in every sense of the word, he controlled the smallest details of life in his immediate family - and in Russia. So what happens when his much-loved daughters want to make their own decisions about love and marriage? 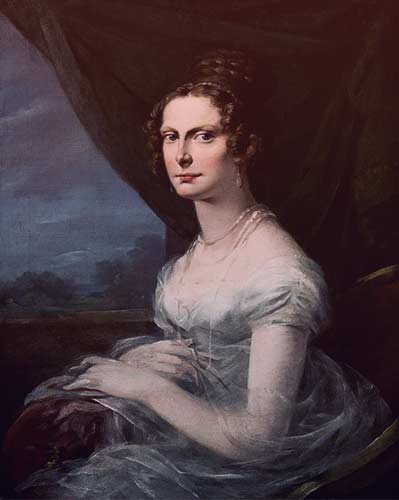 Lilli’s aunt. A gentle woman who obeyed her husband in everything, Alexandra Feodorovna wanted the same thing Elena wanted: for her daughters to be settled with suitable husbands. But what if there are only so many of them to go around? 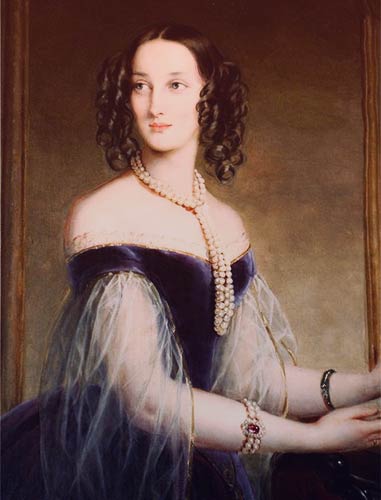 Lilli’s cousin. Maria, the tsar’s beautiful and flirtatious oldest daughter, was the first of the girls to marry. But she had to fight her parents for permission because the man she chose wasn’t exactly who the tsar had in mind. 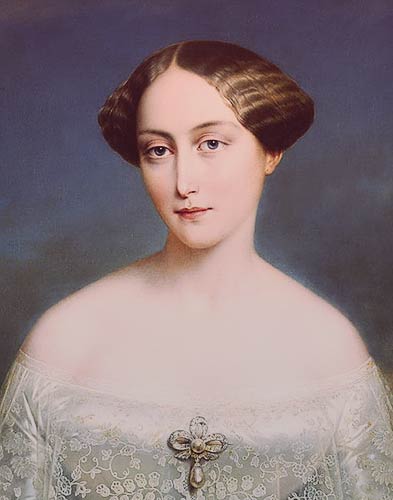 Lilli’s cousin. Sensitive and introverted, Olga longed to find true love but her romantic misadventures could have fueled an entire Netflix series. Seriously. 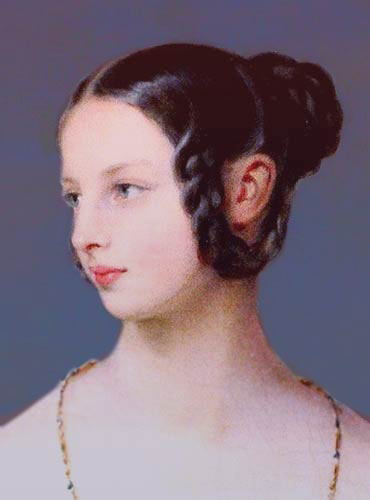 Lilli’s cousin. Delicate and beautiful, talented and charming, Adini was the perfect daughter and the perfect sister. Until, that is, she and Olga fell for the same guy. What if following your own heart breaks someone else’s? 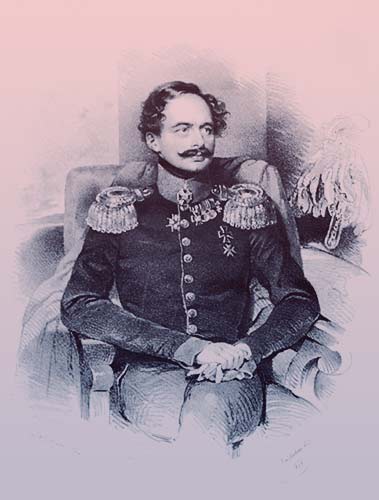 Lilli’s suitor. Lilli was only a teenager when they first talked about marriage. Years later, he got his wish. But something happened on the way to heaven, as Phil Collins said. It would change his life - and his country - forever.

“When we pick up the story in June of 1840, Elena and her girls were scheduled to arrive in Germany, with stops planned in Wiesbaden and Bad Ems. Tsar Nicholas, Alexandra Feodorovna, their son Sasha, his fiancée, and Grand Duchess Olga arrived in Bad Ems in mid-June. Love was in the air, thanks to Sasha and his fiancée, and we have four single ladies sharing space with one very eligible bachelor — Adolph of Nassau. Let the games begin.”

This is a story of love, loss, and longing.

It’s about all of us, really.

The more I read about these women, the more I realized we really are all the same. Oh, sure, they lived in palaces and wore jewels that could buy a small country. But they also had sleepless nights wondering if a sick loved one would be better the next day. They cried when they thought no one was looking because the boy they liked didn’t like them back. They stared out the window and wondered if there was a point to any of this soul-crushing madness, if they’d ever amount to anything, if they’d ever be remembered. 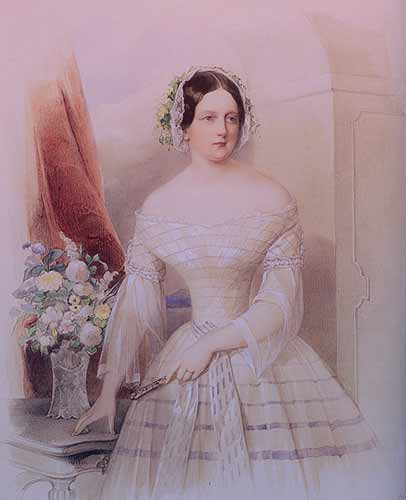 What parents don’t want the best for their kids? What kids don’t want the freedom to choose who they date or marry? What siblings don’t give into a little rivalry now and then?

That’s why this is a different kind of history book, built around the stories of Lilli, Olga, Adini, and their sisters. There are plenty of detours where their stories intersect with a fascinating person or incident.

I hope this story moves you. I hope it makes you cheer, makes you cry, and makes you call your sister. But first, I have to finish writing the thing. To get progress updates and a bunch of other goodies, sign up for my mailing list.

“The celebrations for both weddings lasted four weeks. If you were sober, you weren’t trying very hard. If you were tired, you had to suck it up and keep partying. Of course, Elena threw the biggest party to celebrate her daughter’s wedding. “Party” isn’t even the right word to describe it. After a pantomime, all 850 party guests were treated to a Rossini opera. I don’t know about you, but I don’t have a room in my house suitable for (a) an opera, or (b) 850 other people. Elena did, and she decorated it with palm trees and Chinese lanterns. The flickering firelight illuminated everyone’s diamonds, making the entire place gleam and sparkle like gossamer starlight.”