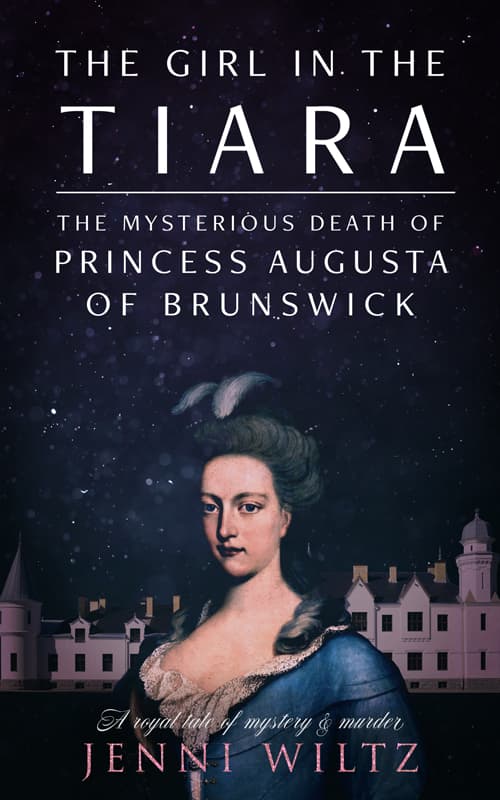 A woman in danger

On December 17, 1786, Princess Augusta of Brunswick fell to her knees and begged the most powerful woman in the world for help. It’s my husband, Augusta said. He’s going to kill me. Catherine the Great, the most powerful woman in the world, said she’d take care of everything. Twenty-one months later, Augusta died under mysterious circumstances in a castle that had belonged to Catherine’s lover. From the barracks of a Prussian garrison to the glittering court of St. Petersburg, this is the story of a woman determined to save her own life...and who may have died because of it.

“Augusta was under heavy fire from Friedrich for behavior he considered inappropriate. But look at this situation from her perspective. Their daughter, Dorothea, had just died. She wasn’t getting along with her sister-in-law, Maria Feodorovna. Now more than ever, Augusta needed an ally. She turned to Catherine and complained about the way she was being treated. Catherine didn’t like Maria much, and didn’t need to be asked twice to take Augusta’s side. She reproached Friedrich with a vengeance.”

an English tourist named Elizabeth Rigby spent the night in a historic castle in present-day Estonia. Lohde Castle had a sinister history involving a mysterious royal death and rumors of a cover-up. Like every good fairy tale, it featured a young and beautiful princess imprisoned by a wicked queen. Unlike a fairy tale, it didn’t have a happy ending. The story gave her the creeps, and she included it in her travel memoir, A Residence on the Shores of the Baltic. 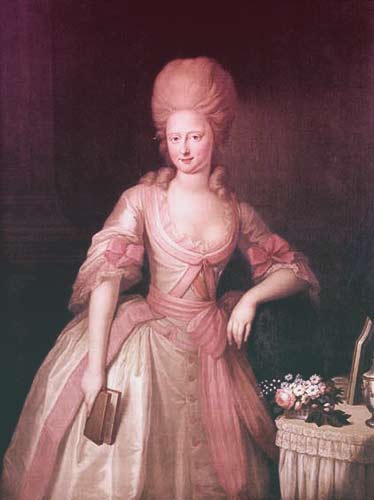 As soon as I read it,

I couldn’t get the story out of my mind. The fractured fairy tale of a forgotten princess banished and possibly murdered by Catherine the Great wouldn’t let me go. I started Googling, and then I started swearing, because it didn’t seem like anyone in the English-language world knew much about Augusta at all. Every tidbit I discovered led to more questions. Every answer I found cast doubt on what I thought I already knew.

Because this story has more twists than a spiral staircase.

It’s also one of the strangest,

strongest examples of a woman helping another woman that I’ve seen for this time period. You can’t call this a story of female friendship, as you’ll see. But it is a story about two women working together to right a wrong, defying convention at the cost of their reputations, their relationships, and—in Augusta’s case—her life. If this doesn’t sound very exciting, keep in mind we’re in 18th century Russia, a place and a time when the nobility measured its wealth in the number of souls they owned.

Come for the female empowerment, stay for the intrigue, treachery, and government cover-ups.

“It is a fine building with massive towers, enclosing a courtyard, with the inscription ‘Albertus de Buxhoveden Episcopus, renovavit 1435,’ and entered by a massive bridge and gateway over a moat. Altogether a most picturesque spot, with fine old trees and majestic expanse of water…”

It sounds like a harmless place to spend the night, right?

She left in a coffin 21 months later. 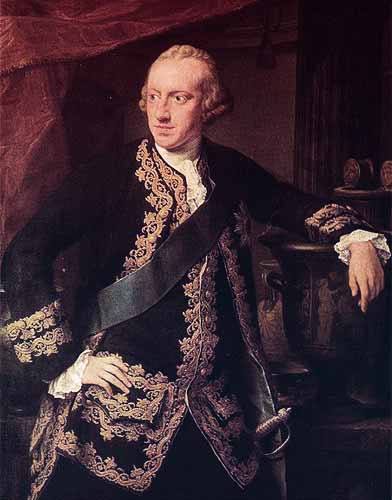 Augusta’s father. He was well-respected by everyone from King George III to Frederick the Great. But when it came to his personal life, he was a distant father who didn’t want Augusta to rock the boat. He sided with her husband in all their marital disputes, and even Catherine the Great couldn’t understand why he didn’t do more to help his own daughter. After her death, he seemed paralyzed, afraid to act...or even bring her home for burial. 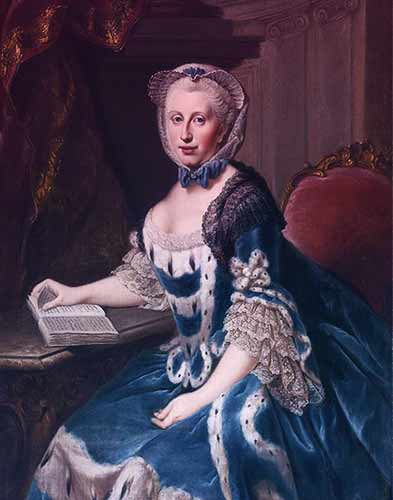 Augusta’s mother. Sister of Britain’s King George III, Augusta spent her time playing cards and gossiping. Educating her daughters wasn’t high on her priority list. When she realized she needed more meaning in her life, she found it in religion and retreated from court life. When her husband took a mistress, their marriage devolved into a he-said-she-said battle, with their kids used as weapons. No wonder Augusta couldn’t wait to get married and leave home... 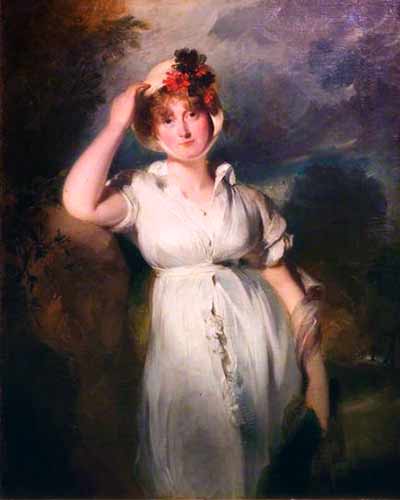 Augusta’s sister. You know her as one half of the worst trainwreck of a royal marriage EVER. But before she married George, Britain’s Prince Regent, she was Augusta’s little sister. They shared the same home, the same upbringing, and the same unbearable strain when they were used as bargaining chips in the war between parents who increasingly hated each other. 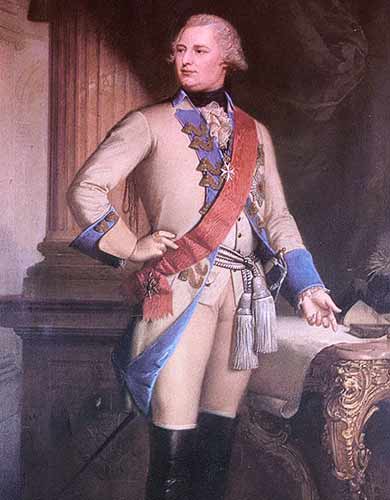 Augusta’s husband. He married the 15-year-old Augusta and took her to Luben, where his Prussian regiment was stationed. The beatings started almost immediately. Friedrich claimed Augusta was a disobedient virago who constantly talked back to him and flirted with other dudes. When the couple moved to Russia, the problem only got worse...to the point where Augusta feared for her life. 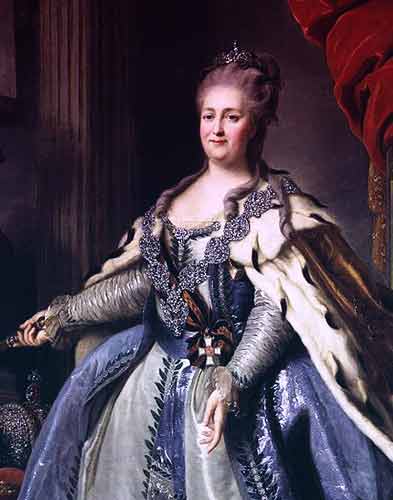 Augusta’s protector. A distant relative, Catherine took Augusta under her wing and tried to get to know her. Although Augusta and Friedrich’s marital troubles got on her nerves, she was the one Augusta turned to when Friedrich’s rages spiraled out of control. Catherine believed Augusta. History didn’t. For decades, serious and casual historians blamed the empress for Augusta’s disappearance and death...but that’s not what happened. Not by a long shot. 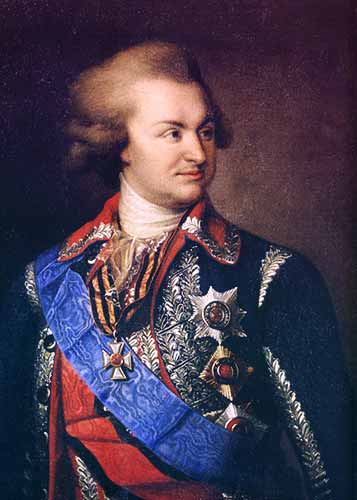 Catherine’s lover. He was Friedrich’s boss during part of the Russo-Turkish War. He was also rumored to have more than a passing interest in what Augusta could tell him about Friedrich’s activities in Finland. Activities that might have sealed Friedrich’s fate as a traitor to the Russian empress... 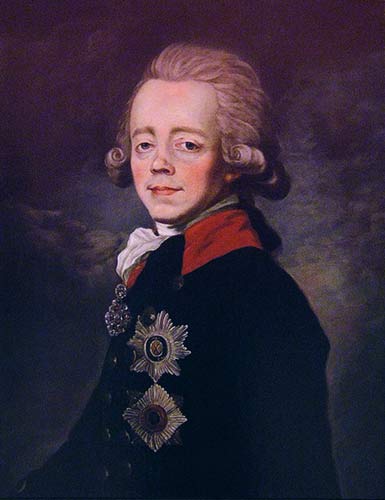 Friedrich’s brother-in-law. Catherine the Great disliked Paul, her only son and heir. She thought he was unstable, unreliable, and possibly mentally ill. But because his wife was Friedrich’s sister, he spent a lot of time with Augusta and her husband. In fact, Friedrich tried to convince Paul to start building a power base before he inherited the throne. Catherine’s alarm bells started ringing when Paul and Friedrich got a little too chummy. 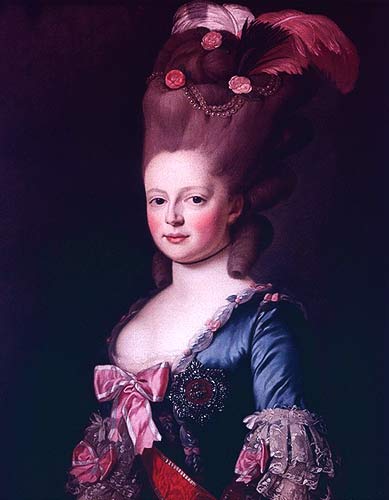 Friedrich’s sister. She was the reason Augusta and Friedrich moved to Russia in the first place. Deeply devoted to her family in Württemberg, she was an unfailing advocate for Friedrich at Catherine’s court...which pitted her against the empress when Catherine took Augusta’s side. 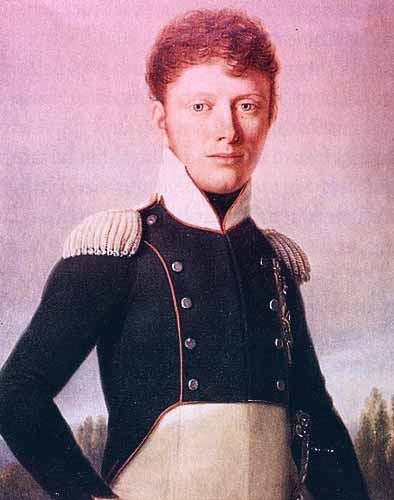 Augusta’s son. He was only 7 when his mother died, but his turbulent relationship with his father (Friedrich had him arrested at one point) is more evidence that Friedrich was no angel. After the Napoleonic wars, it was Wilhelm who finally asked Tsar Alexander I to make sure his mother had a decent burial.

“The biggest controversy in Augusta’s story hinges on the way she behaved during her marriage. So let’s see what kinds of role models had already shaped her idea of what went on between a man and his wife. In short, they were bad. This family tree is kind of a bag of dicks. Jumping in the wayback machine, you could back up four generations to George I and his wife, whom he accused of adultery. That’s well beyond the bounds of our story, but I wanted to mention it because people didn’t forget this sort of thing. In the early 1800s, when (spoiler alert) Augusta’s younger sister ran into marital difficulties, the British press were quick to resurrect stories of the way her offending husband’s great-great-grandfather, George I, had mistreated his wife. But we’ll get to Augusta’s sister later.”

If you’ve never heard of Augusta, you’re not alone. History has forgotten her.

Augusta’s husband was loud, arrogant, and self-centered. He also went on to become the smartest king in Europe, according to Napoleon. When Friedrich died, almost no one remembered the first wife he’d loathed. That only made me determined to learn more. Augusta didn’t fit in and I don’t either. 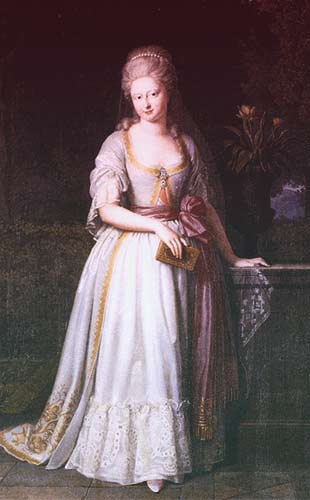 Tidbits of Augusta’s story have appeared in other books, but no one has ever put the panorama of her life together: her crap family life, her nutty sister, her asshole husband, and the woman who envisioned herself as Augusta’s savior - Catherine the Great. Augusta’s story has so many modern themes, from slut shaming to domestic abuse. It needs to be told by a woman. Augusta deserves that much.

That’s why this is a different kind of history book, built around the stories of Augusta and Catherine the Great. There are plenty of detours where their stories intersect with a fascinating person or incident.

I can’t tell you how our story ends because there’s still more to discover. There were only two witnesses to that climactic scene in the Hermitage in December of 1786: Augusta and Catherine. Neither one of them talked about it. Like, ever. We may never know what secrets set Augusta’s final tragedy in motion.

But I can tell you how her story begins.

It begins when you open the book.

“Court contemporaries said two things about Friedrich: he was 'an egoist' and a jealous husband. Neither of these is surprising. From his earliest days in the Prussian army, he longed for a bigger, better role on the world stage. He believed he was destined for such a role. It’s also not surprising he was jealous. He’d always been tall, but as he aged, he really packed on the pounds. Every single one seemed to go straight to his stomach. He had the physique of Santa Claus, while Augusta was still young and beautiful.”